A few posts ago I stated that I was reassessing my dominant cycle code and to that end I have been doing a fair bit of research on the web and found some really cool stuff, such as working Octave/MATLAB code for Empirical Mode Decomposition, available here, and a couple of toolboxes here and here. However, the purpose of this post is to introduce a new idea that is inspired by a Master's thesis, authored by Yizheng Liao.

The big idea contained in this thesis is online instantaneous frequency measurement by means of measuring zero crossings of a signal and its Hilbert transform, otherwise known as the analytic signal. A simple demonstration is shown below 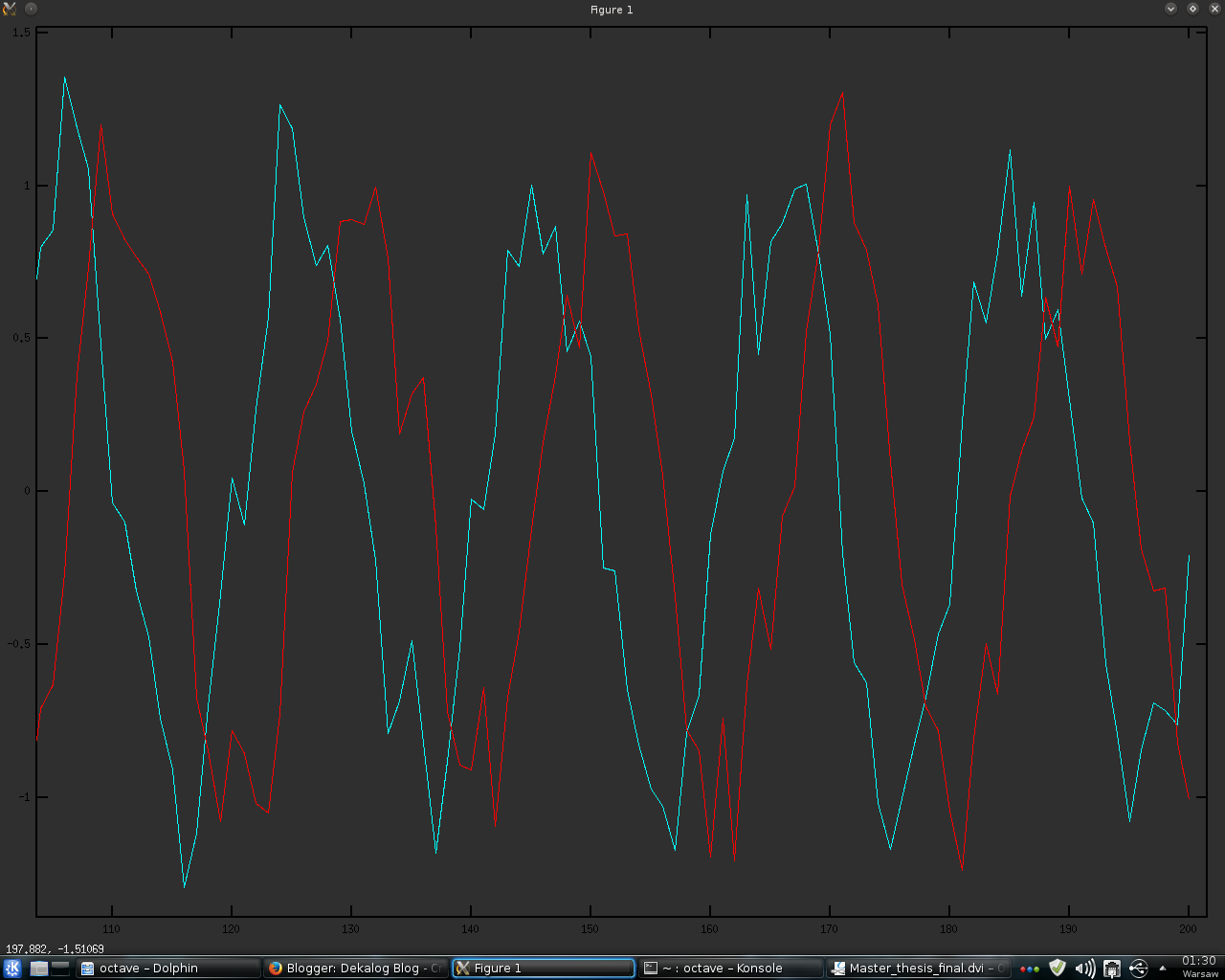 where the cyan line is the original (real part) signal and red the Hilbert transform (imaginary part) of a noisy sine wave signal. The Hilbert transform of sin(x) is -cos(x), which is the equivalent of sin(x-90) using degrees rather than radian notation for the phase of x. Since we can delay the phase by any amount, it is possible to have an array of phase delays to produce more zero crossings per full cycle period than just the 4 that occur with the analytic signal only. This is shown below 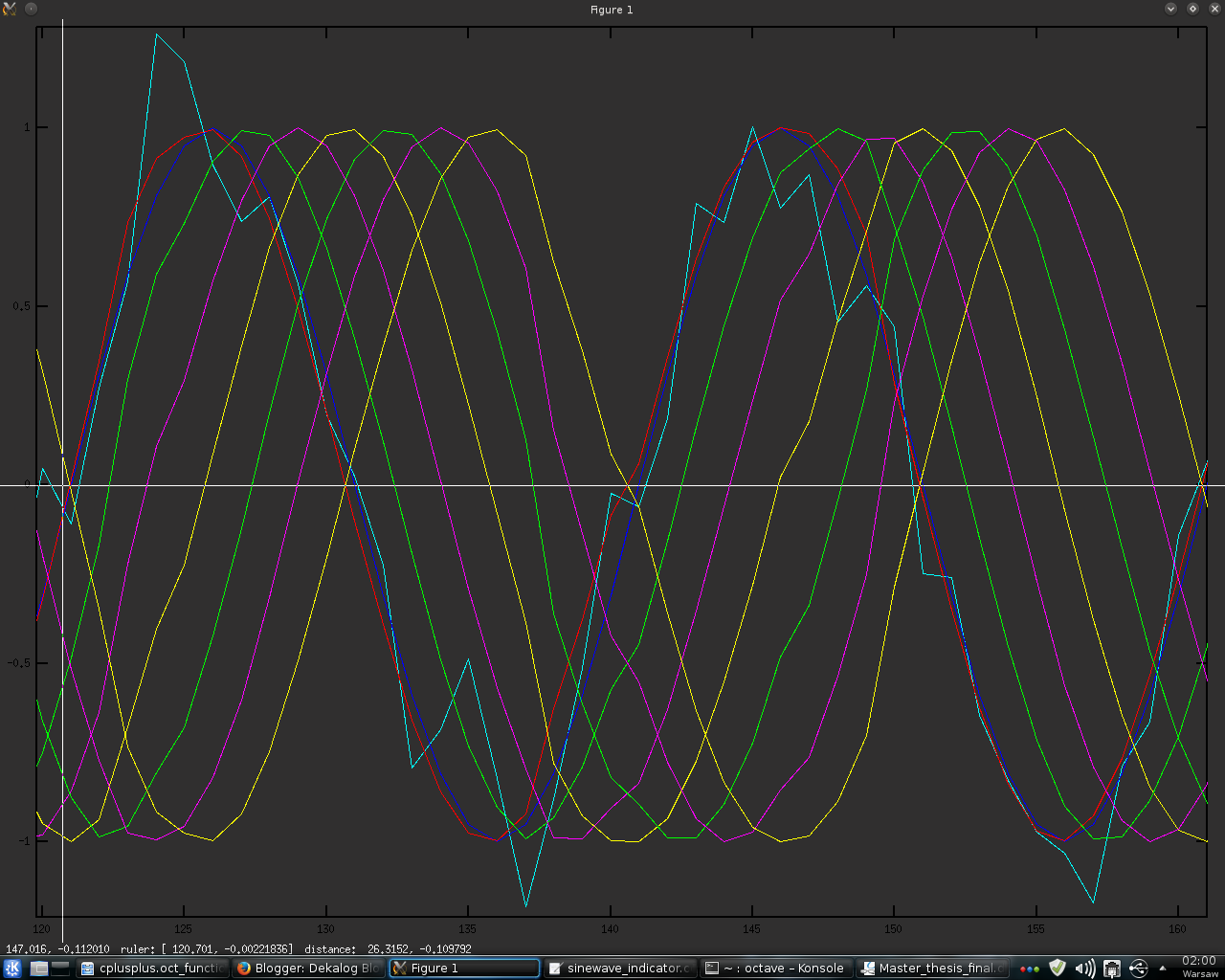 where, as before, the cyan is the noisy sine wave signal, the dark blue is the original smooth sine wave signal to which the noise is added, the red is the measured sine wave extracted from the noisy signal and the green, magenta and yellow lines are sine plots of the phase of the red sine delayed by 30, 60, 90, 120, 150 and 180 degrees. This last 180 degree delay line is actually superfluous as it crosses the zero line at the same time as the original signal, but I show it just for completeness. The white cursor line shows the zero line and the beginning of a complete cycle.  Apart from being able to increase the number of measurable zero crossings, another advantage I can see from using this sine wave extraction method is that the extracted sine waves are much smoother than the analytic signal, hence the zero crossings themselves can be used rather than the crossings of hysteresis lines (read the paper!), avoiding any delays due to waiting to cross said hysteresis lines.

More on this in due course.
Posted by Dekalog at 02:39

I am truly happy to read this web site posts which contains lots
of helpful data, thanks for providing these kinds of data.


Feel free to surf to my homepage; Webster