Having now returned from a long summer hiatus I've got back to work on the subject matter of my last post and I think I've made some significant progress. Below is a screen shot of the fruits of my work so far. 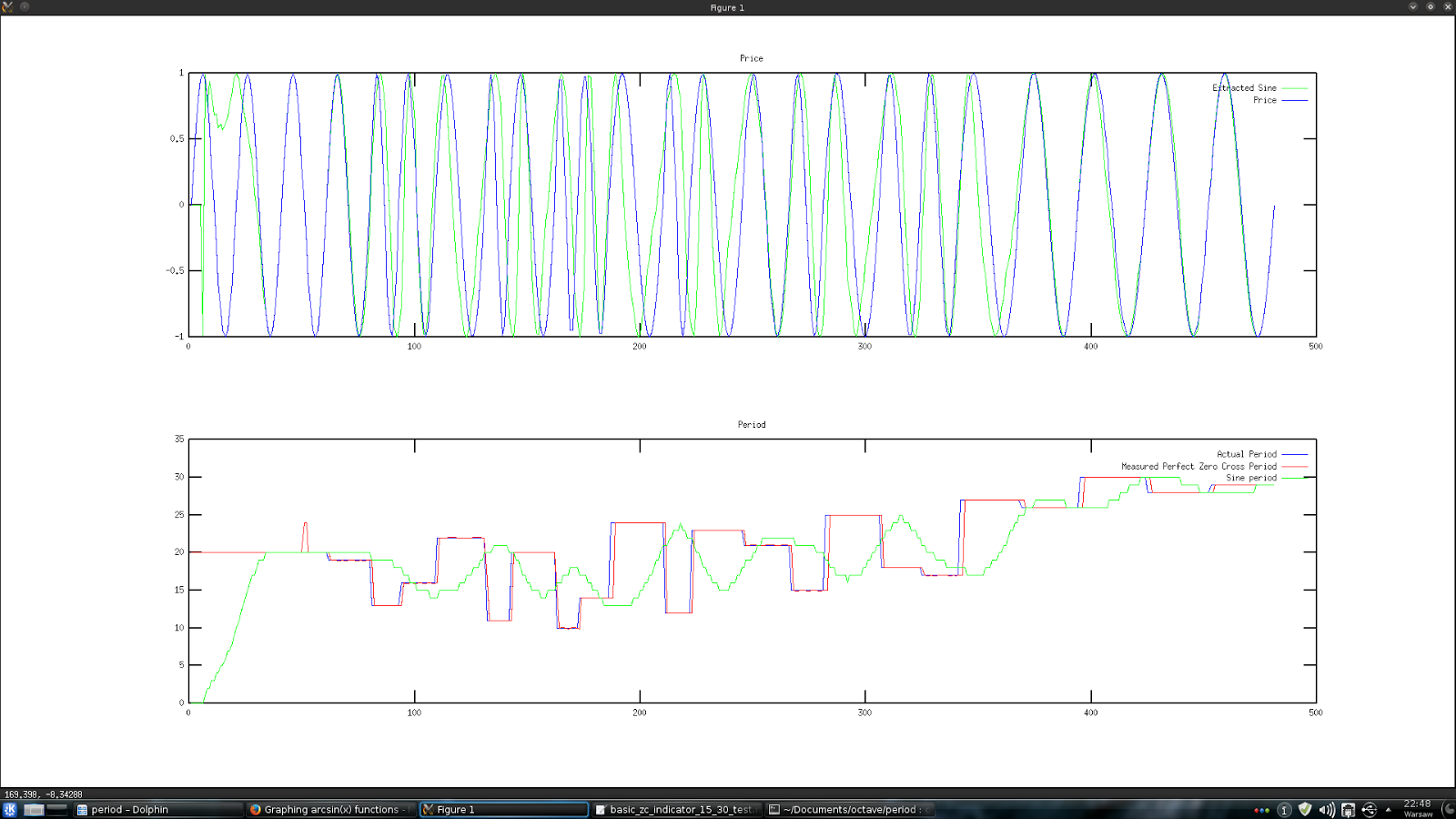 The top pane shows, in blue, a series of randomly selected sine waves stitched together to form a sideways "price" channel of various periods of 10 to 30 inclusive, whilst the bottom pane shows the period measurements of the "price." The blue period line is the actual period of the blue "price" in the upper pane whilst the red line is the measured period of "price" using my current implementation of a zero crossing period measurement indicator using the actual phase of "price" as input.

Of course in reality one would not know the actual phase but would have to estimate it, which I'm currently doing via a Hilbert Sine Wave indicator and which is shown in green in the upper pane above. It can be seen that this is not exactly in sync with the blue price, and the period of price as extracted via the sine wave indicator calculations is shown in green in the the lower pane above.The phase as extracted by the Sine Wave indicator is compared with the actual phase in the screen shot below, where blue is the actual and red the extracted phase. 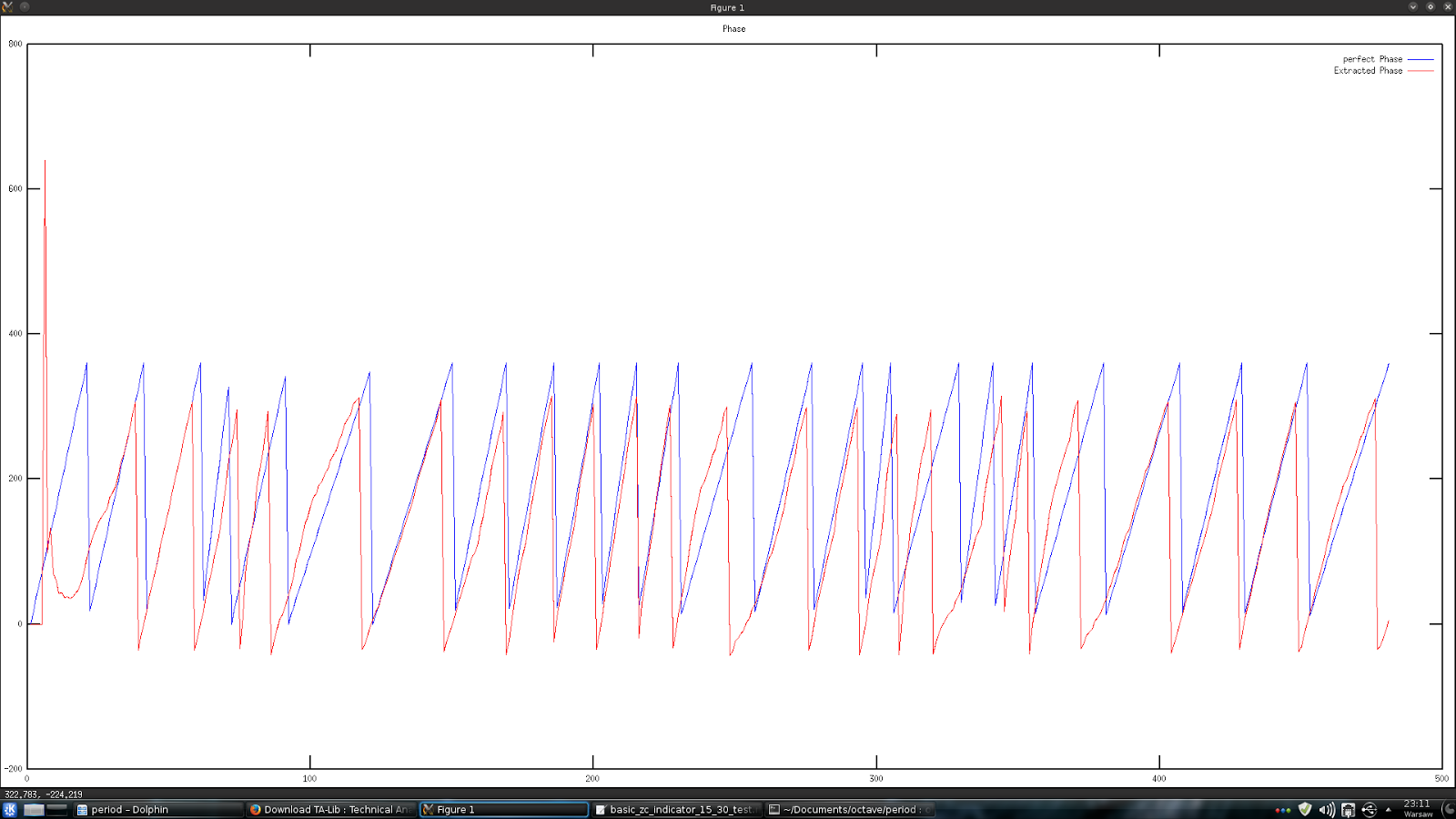 Obviously there is a difference, which manifests itself as an extremely erratic zero crossing measurement when this extracted phase is used as input to the zero crossing indicator, shown in magenta in the screen shot below. 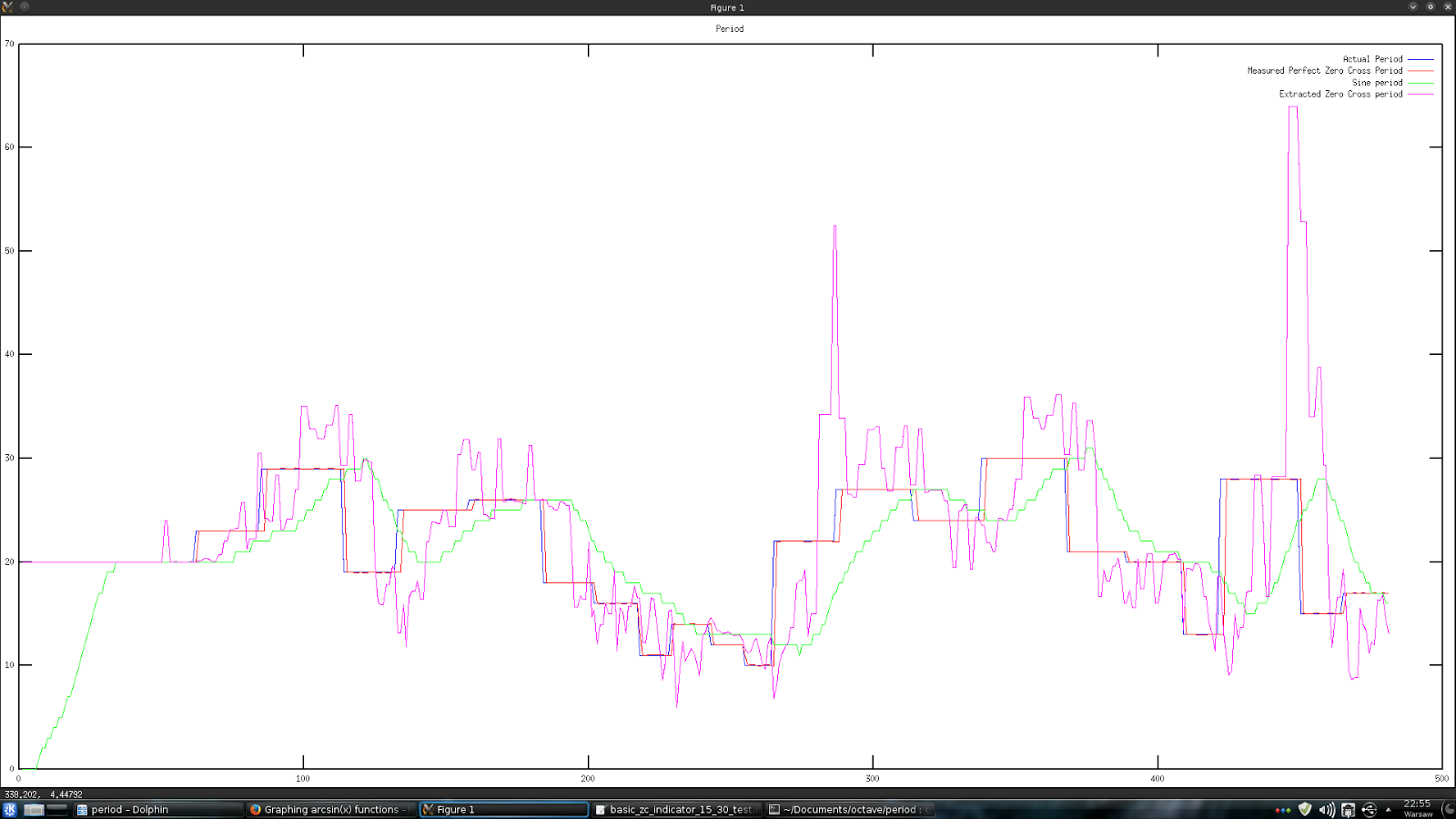 It is very encouraging that the zero crossing indicator performs in an almost theoretically perfect manner when supplied with good inputs, but it is disappointing that such inputs might not be able to be supplied by the Sine Wave indicator. I surmise that the delay induced by the calculations of the Hilbert transform might be partly to blame, but there might also be some improvements I can make to my implementation of the Sine Wave indicator (elimination of coding bugs or perhaps some coding kluge?). I will focus on this over the coming days.
Posted by Dekalog at 00:27