Below are screenshots of the PMA and PO based upon the improved price projection algorithm discussed in the previous post, shown on an idealised time series of a sinewave (plus trend) in cyan in all screenshots.

The first 3 are plots of the 10 bar PMA in red with a normal 10 bar EMA in green shown for comparative purposes. 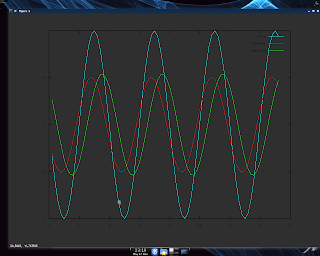 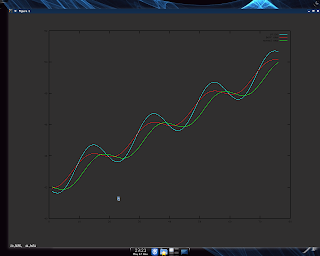 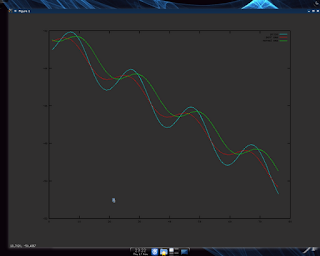 As the theory suggests it can be seen that the PMA has the equivalent smoothing of the 10 bar EMA but without any lag.

The next series of screenshots are of the PO, where again the "price" is cyan, the various red lines are 2 bar, 3 bar etc. POs up to an 11 bar PO, and the green PO is a simple average of all these POs. 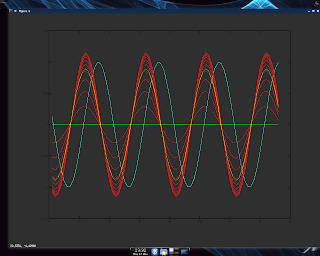 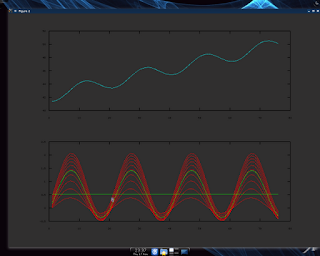 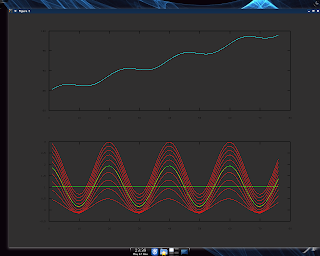 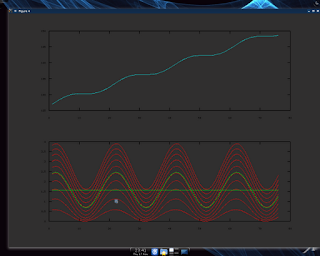 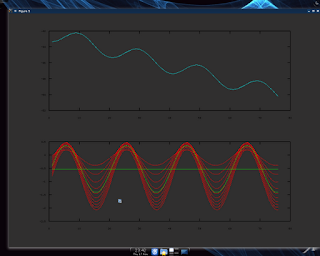 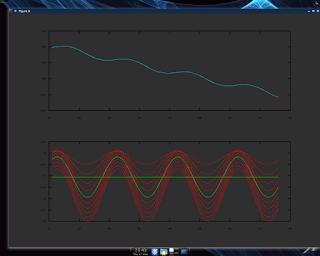 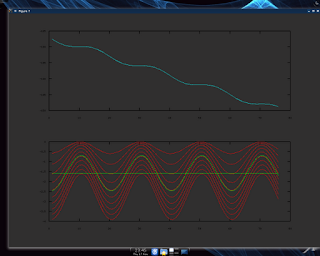 As I had anticipated these POs lead price by a quarter period which means the cycle highs and lows are indicated by the green "average PO" crossing its centre line, which in turn is a full cycle period length simple moving average of the average PO. My leading oscillator indicator should give timely warnings of these upcoming turns in price. It is also interesting to note that the individual, longer length PO crossings (greater amplitude) also give advance warning of the upcoming turn and the fact that the shorter length POs NOT crossing the centre line and being entirely above or below said centre line seem to indicate the strength of any trend.
Posted by Dekalog at 00:31