Update on the Perfect Moving Average and Oscillator

It has been some time since my last post and the reason for this was, in large part, due to my changing over from an Ubuntu to a Kubuntu OS and the resultant teething problems etc. However, all that is over so now I return to the Perfect Moving Average (PMA) and the Perfect Oscillator (PO).

In my previous post I stated that I would show these on real world data, but before doing this there was one thing I wanted to investigate - the accuracy of the price projection algorithm upon which the average and oscillator calculations are based. Below are four sample screenshots of these investigations. 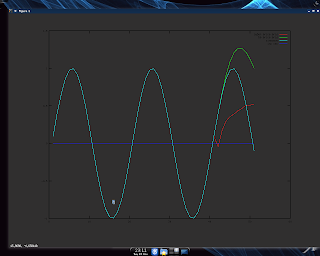 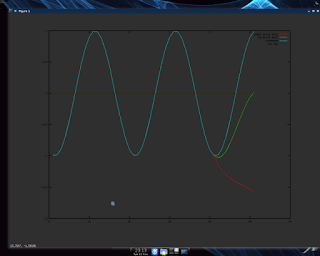 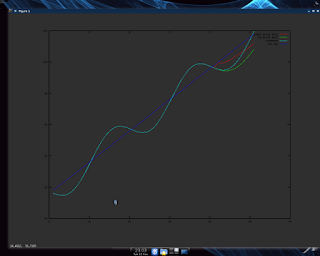 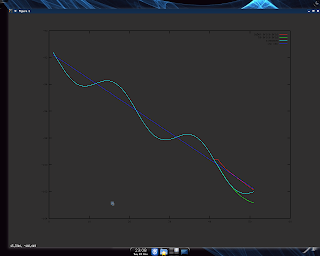 The charts show a simulated "ideal" time series (cyan) with two projected price series of 10 points each (red and green) plotted such that the red and green projections are plotted concurrently with the actual series points they are projections, or predictions, of. Both projections/predictions start at the point at which the red "emerges" from the actual series. As can be seen the green projection/prediction is much more accurate than the red, and the green is the improved projection algorithm I have recently been working on.

As a result of this improvement and due to the nature of the internal calculations I expect that the PMA will follow prices much closer and that the PO will lead prices by a quarter cycle compared with my initial price projection algorithm. More on this in the next post.
Posted by Dekalog at 00:01