Continuing on from my Ideal Tau for Time Series Embedding post, I have now written an Octave function based on these ideas to produce features for time series modelling. The function outputs are two slightly different versions of features, examples of which are shown in the following two plots, which show up and down trends in black, following a sinusoidal sideways market partially visible to the left: 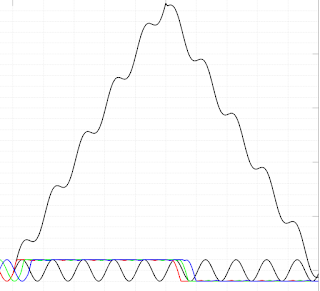 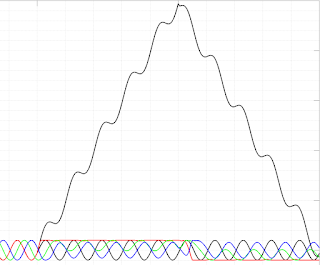 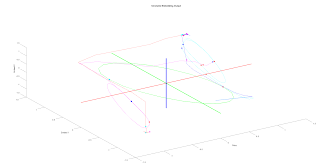 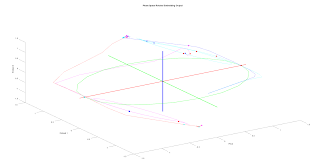 It is clearer in this second phase space plot that there is a qualitative difference in the phase space trajectories of the different, underlying market types.

As a final check of feature relevance I used the Boruta R package, with the above turning point markers as classification targets (a turning point vs. not a turning point,) to assess the utility of this approach in general. These tests were conducted on real price series and also on indices created by my currency strength methodology. In all such Boruta tests the features are deemed "relevant" up to a delay of five bars on daily data (I ceased the tests at the five bar mark because it was becoming tedious to carry on.)

In summary, therefore, it can be concluded that features derived using Taken's theorem are useful on financial time series provided that: