Since my last post I have been investigating training features that can be derived from my Currency Strength indicator as input for machine learning algorithms and during this work it was obvious that there are instances in the raw data that are Black Swan outliers. This can be seen in the chart below as pronounced spikes. The chart itself is a plot of log returns of various forex crosses and Gold and Silver log returns, concatenated into one long vector. The black is the actual return of the underlying, the blue is the return of the base currency and the red is the cross currency, both of these being calculated from indices formed from the currency strength indicator.

By looking at the dates these spikes occur and then checking online I have flagged four historical "Black swan" events that occured within the time frame the data covers, which are listed in chronological order below:
The next series of charts shows the progressive reduction in the number of spikes as the data around the above events is deleted from those crosses etc. that were affected. 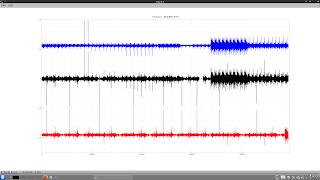 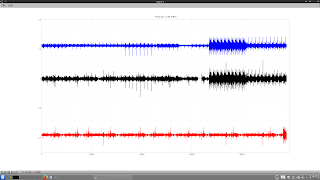 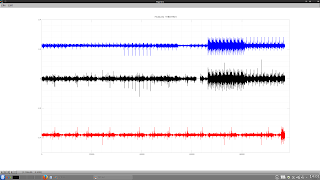 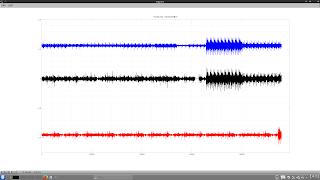 It can be seen that the final chart shows much more homogeneous data within each concatenated series, which should have benefits when said data is used as machine learning input. Also, the data that has been deleted will provide a useful, extreme test set to stress test any finished model. More in due course.
Posted by Dekalog at 15:12