Test of the MFE/MAE Indicator

Continuing from my last post, wherein I stated I was going to conduct a more pertinent statistical test of the returns of the bars(s) immediately following the N best, Cauchy Schwarz matching algorithm matched bars in the price history, readers may recall that the basic premise behind this algorithm is that by matching current price action to the N best matches, the price action after these matches can be used to infer what will occur after the current price action. However, rather than test the price action directly I have decided to apply the test to the MFE/MAE indicator. There are several reasons for this, which are enumerated below.
The test I have in mind is a hybrid of a hypothesis test, Cross validation and the application of Statistical process control.  Consider the chart below: 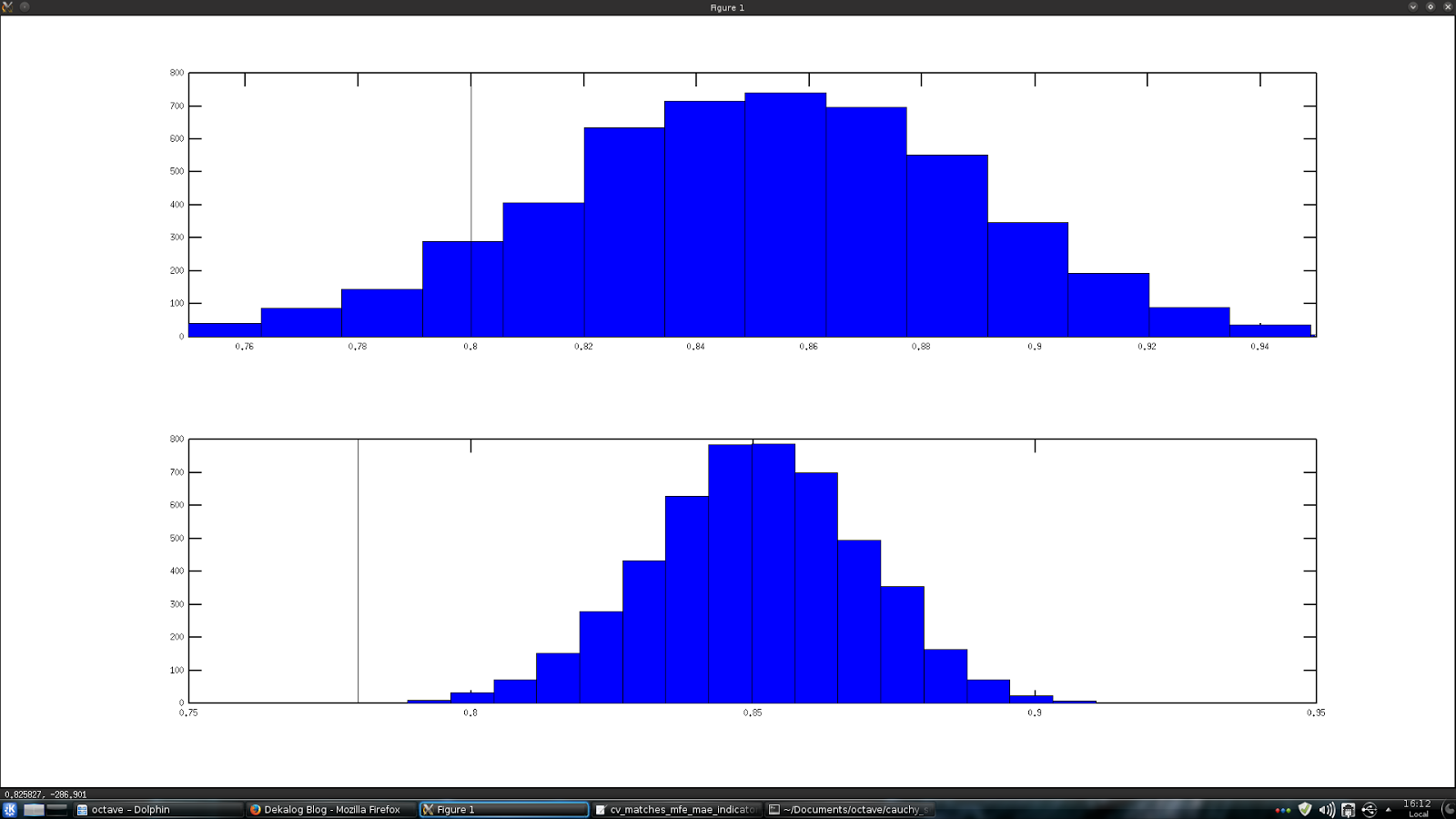 This shows two sampling distributions of the mean for Long MFE/MAE indicator values > 0.5, the upper pane for sample sizes of 20 and the lower pane for 75. For simplicity I shall only discuss the Long > 0.5 version of the indicator, but everything that follows applies equally to the Short version. As expected the upper pane shows greater variance, and for the envisioned test a whole series of these sampling distributions will be produced for different sampling rates. The way I intend it to work is as follows:
For any single bar to be predicted we can then produce the following chart, which is completely artificial and just for illustrative purposes: 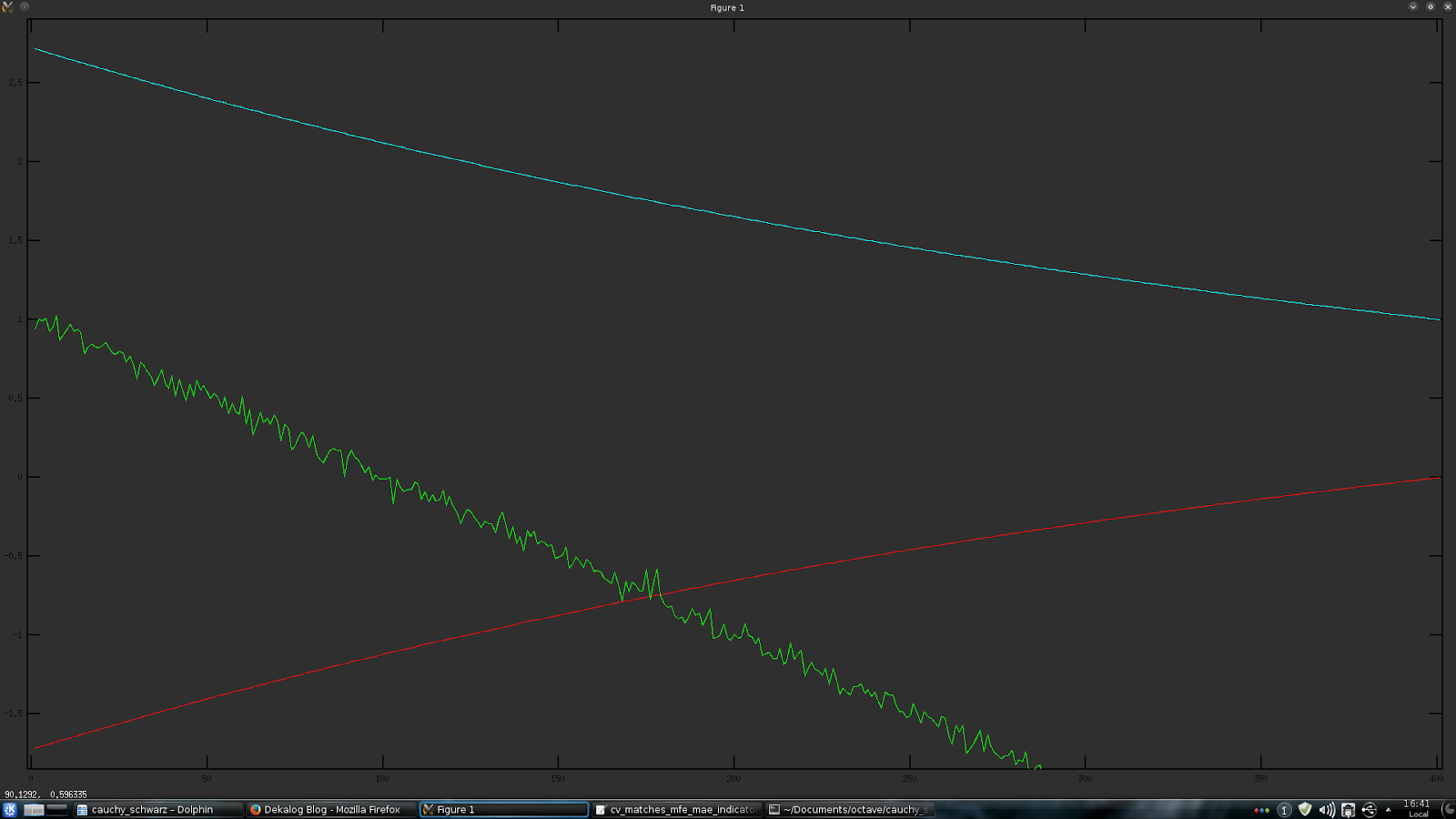 where the cyan and red lines are the +/- 2 standard deviations above/below a notional mean value for the whole distribution of approximately 0.85, and the chart can be considered to be a type of control chart. The upper and lower control lines converge towards the right, reflecting the decreasing variance of increasingly large N sample means, as shown in the first chart above. The green line represents the cumulative N sample mean of the best N historical matches' future values. I have shown it as decreasing as it is to be expected that as more N matches are included, the greater the chance that incorrect matches, unexpected price reversals etc. will be caught up in this mean calculation, resulting in the mean value moving into the left tail of the sampling distribution. This effect combines with the shrinking variance to reach a critical point (rejection of the null hypothesis) at which the green line exits below the lower control line.

The purpose of all the above is provide a principled manner to choose the number N matches from the Cauchy-Schwarz matching algorithm to supply instances of training data to the envisioned neural net training. An incidental benefit of this approach is that it is indirectly a hypothesis test of the fundamental assumption underlying the matching algorithm; namely that past price action has predictive ability for future price action, and furthermore, it is a test of the MFE/MAE indicator. Discussion of the results of these tests in a future post.