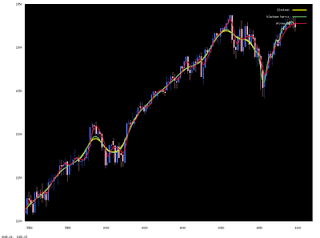 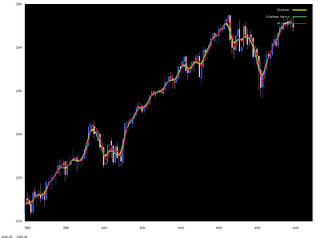 It is not good to use regression's result for instant trendline.

The first line is a fited MA line for get parameters to be used in the second line. The second line is a projected regression MA. But, you can project further into future bars. In this way, it is a fast nonlinear regression(autoregression) predicator.

It use spline cubic regression to get 2nd line. This line change too quickly. You can see future bar(line) often changed fast, not steady. If quad regression, then, future bar will not change often.

But, when close or at key R/S zone, you can watch the line, use the line as fast ma crossover signal to exit trade early.